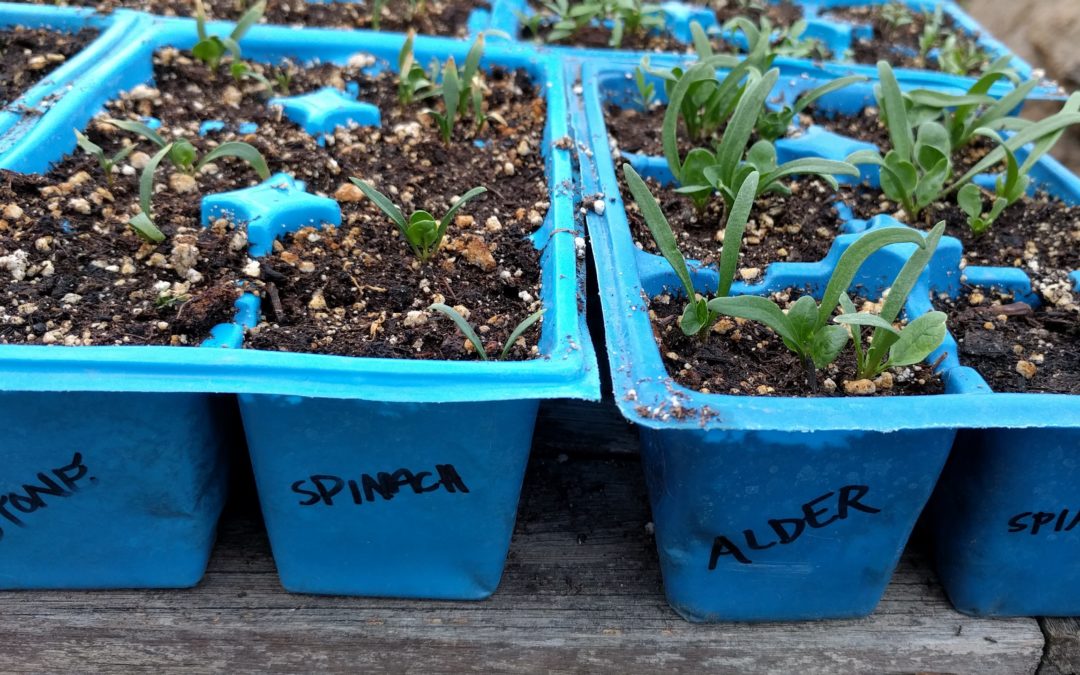 Did a little experiment with mixes for starting seeds. The “Stone” medium on the left is an E.B. Stone “Seed Starter Mix” that I purchased. The bag says it contains primarily peat moss and perlite.

The “Alder” medium on the right is a mixture that I made up using two parts E.B. Stone “Seed Starter Mix” (so, peat moss and perlite), two parts compost (from the Miramar Greenery in San Diego), and one part dirt from my yard (sandy loam).

Why do I suspect this? Here’s a video of Karl Hammer of Vermont Compost explaining why he adds so much compost to his potting mixes, used by many successful organic vegetable farmers. Also, here is a publication by George Keupper that explains the contributions of both soil and compost, as well as other ingredients you might add to seed-starting and general potting mixes.

Anyway, I’ll definitely add soil and compost to my seed-starting mixes from now on.