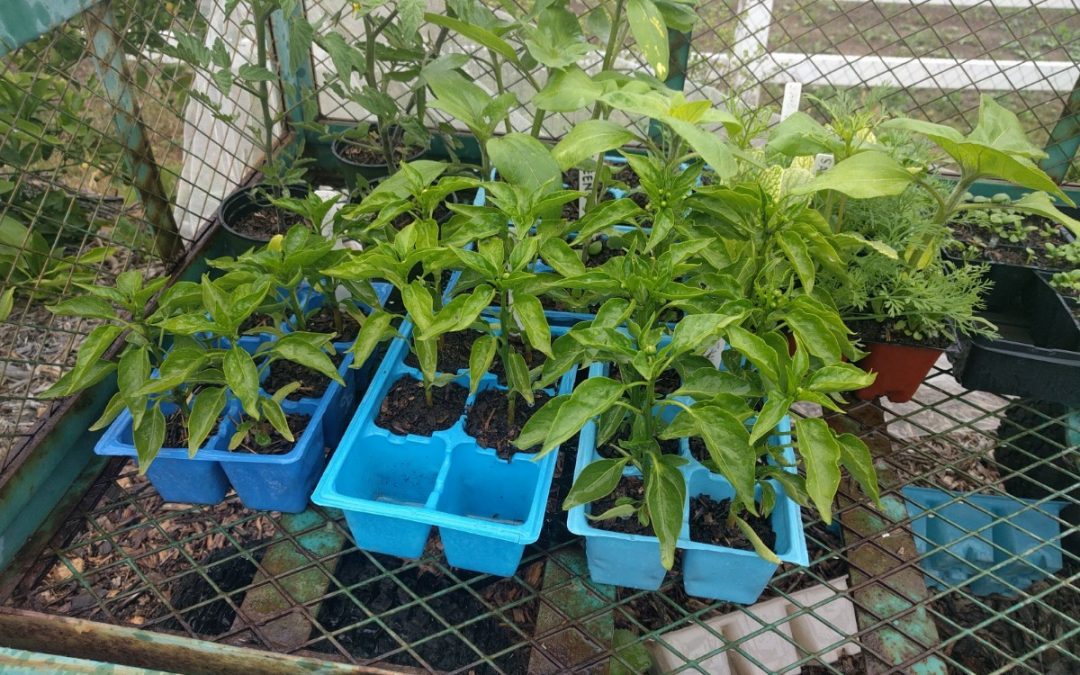 Tomorrow is June 1 and my peppers are still not planted, and I don’t feel late in the least. On the other hand, my sister-in-law had bad luck with vegetable seeds she sowed recently and now she feels rushed to buy plants and get them in the ground pronto, and she should. She’s in Reno, Nevada.

In Reno, as in most of the rest of the country, there’s frost potential in October. Here in Southern California, we’re still picking tomatoes on Thanksgiving. These Champion tomatoes I picked in mid-November 2016:

And it wasn’t until August 23 of last year that I sowed the corn seeds which grew this fine patch:

We began eating the fresh ears of this ‘Martian Jewels’ corn in mid-November.

In short, our warm season is long so there’s no rush to get started.

I think we can be fooled by the fact that gardeners in other parts of the country feel a spring fever and rush to get their summer vegetables in because their growing season is shorter. And we can also be fooled by the fact that our spring warms up much earlier compared to other parts of the country, making it possible for us to plant summer vegetables earlier. Because of that, we feel like we should.

Got to show Aunt Terry in Michigan a photo of our tomatoes coming off the vine before the end of May!

However, just because we can doesn’t mean we always should.

Planting as early as possible is not always rewarded. Those tomato plants put in before the end of winter grew rather slowly and the first fruit in late May didn’t taste great and sometimes had blossom-end rot.

These days I more often wait until April to plant my first tomatoes because then I’m sure that they will grow rapidly, and it’s likely that their first fruit will be sweet. Plus, it gives garden space to winter plants like lettuce and carrots and peas for an additional month.

And sadly, sometimes these early plants would be attacked by pests soon after planting. It might be snails, pill bugs, earwigs, or others, but early spring is a very pesty time, and when you plant the vegetables that these critters like in the early spring, they don’t grow fast enough to withstand the attacks well.

I’ve found that early-spring pests especially like to eat small seedlings — but also older leaves — of peppers, some melons (honeydew and cantaloupe), some squash, eggplant, cucumber, beans, and basil. (They don’t seem to care as much for tomatoes or corn.)

So waiting to plant until after it’s possible to plant can be wise. Last year, I waited all the way until June 27 to plant my melons. Right off the bat, they grew extremely fast, and we began harvesting in September:

When will my pepper plants come out of their trays? Probably soon. Probably before the solstice. Or by the Fourth of July. No rush.