How the Fuerte avocado really got its name 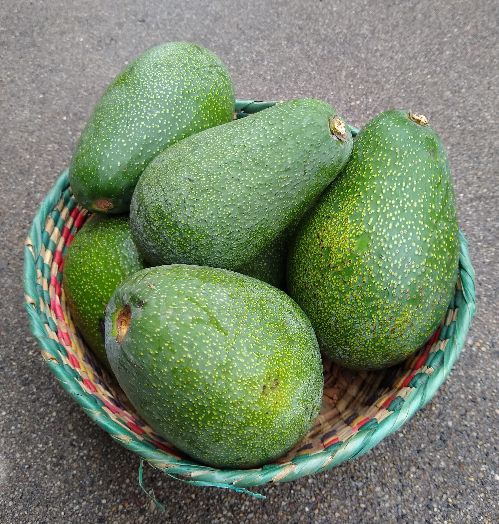 The California avocado industry was originally built on the quality of one variety: Fuerte. And yet, despite its fame and importance, the commonly repeated story about how Fuerte got its name is dubious.

Here’s a summary of the story that is told: A freeze hit California in 1913, and one of the trees weathered it best so it earned the name Fuerte, meaning “strong” in Spanish.

Where did Fuerte come from?

Let’s go back to some early sources. In the early days, everything important seems to have been recorded in the California Avocado Society Yearbooks, at first called the California Avocado Association annual reports. Lucky for us, much of the content of these yearbooks and reports are available at Avocadosource.com.

In one C.A.S. Yearbook is found an interesting article about Carl Schmidt, the discoverer of the Fuerte. According to the article, Schmidt had been working for Fred (F.O.) Popenoe, who owned the West India Gardens nursery in Altadena, California. Popenoe employed Schmidt to find promising avocado varieties in Mexico. In 1911, Schmidt found one on the property of Alejandro Le Blanc in Atlixco from which he cut budwood and sent it back to California via Wells Fargo Express. The budwood from Le Blanc’s tree was labelled number 15.

In another C.A.S. Yearbook article, Wilson (F.W.) Popenoe wrote about the “Origin of the name ‘Fuerte’.” Wilson was the son of Fred Popenoe, and Wilson had worked at his father’s nursery budding avocado trees from the wood that arrived from abroad, such as the sticks of number 15 that Carl Schmidt had sent up from Mexico. Wilson Popenoe recounted that this number 15:

“. . . was so much more vigorous than the rest that it attracted our attention before the buds were a foot in height. One day when father and I were going over the Schmidt introductions, we commented particularly upon the high percentage of buds of this variety which had “taken,” and the strong, vigorous start they were making. Father remarked, “That’s the strongest grower of the lot. We’ll call it ‘Fuerte.'”

But what about the freeze of 1913 and Fuerte being so strong in cold temperatures?

There really was a devastating freeze in Southern California in 1913.  See, for example, the consequences of it reported by William Hertrich, who was growing avocados in nearby San Marino at Henry Huntington’s estate.

And clearly the young Fuerte trees at Fred Popenoe’s West India Gardens nursery were not all killed by that 1913 freeze. Some were sold to a man named J.T. Whedon who planted them in Yorba Linda in March of 1914. Whedon wrote an article published in the 1916 C.A.S. Yearbook that described these young Fuerte trees as among the best growing and best fruiters of his thirty or so varieties.

But Whedon wrote that he also planted other avocado trees that he’d bought from West India Gardens in March of 1914. He planted varieties such as Queretaro, Murrieta, and Trapp. Those trees, like Fuerte, must have also survived the freeze a few months prior.

So where and when did the origin story arise that Fuerte got its name because it had uniquely or robustly weathered the 1913 freeze?

It seems it hadn’t appeared as early as 1915. In the California Avocado Association’s annual report for 1915, Fred Popenoe (owner of West India Gardens nursery and purported namer of Fuerte) wrote an article titled “Varieties of the Avocado.” In this article, Fred Popenoe listed Fuerte and described it as follows:

“FUERTE (Syn. El Fuerte, West India Gardens No. 15) Atlixco, Puebla, Mexico, 1911. Form broadly oval, length 4 inches, weight about 14 ounces. Surface roughened, green in color, the skin thick. Flesh yellow, smooth and buttery, of rich flavor. The seed is small, tight in the cavity. The tree propagates readily and has proved to be an unusually strong, erect grower. Its season at Atlixco is said to be October and November.”

Note that Fred Popenoe wrote nothing about Fuerte’s cold tolerance, and he described it essentially the same as his son Wilson said he did in Wilson’s article quoted above (“Origin of the name ‘Fuerte'”).

Again in the 1916 article that J.T. Whedon wrote, Fuerte was described as a tree that grew and fruited well, but nothing was mentioned about its cold tolerance.

At last, it is in a 1917 article that we first find the cold hardiness of Fuerte even mentioned. But it is only in the context of the Fuerte being one of the hardier avocado varieties that also tastes and grows well. Fuerte “can withstand more cold than any other desirable variety,” it was written, by L.B. Scott.

Fast forward to 1946 and we finally find Fuerte described as having not only cold hardiness, but having also been named Fuerte for specifically this characteristic. This occurs in the article “The Fuerte Avocado” by Marvin Rounds, where Rounds says, “The name Fuerte, meaning hardy, was later given to the variety because the budlings resisted to a certain extent the low temperatures of the 1913 freeze.”

This Rounds article is the first version of the story of Fuerte getting its name after and related to the 1913 freeze that I can find.

In later years, versions of this story grow more dramatic, and apparently more inaccurate. In 1967, Dwight and Margaret Poole wrote a tale about the history of the avocado that has the Fuerte story like this:

“In January the coldest winter ever to hit California descended upon the citrus area. Temperatures dropped to as low as 12 degrees above zero. Every tree in the [West India Gardens] nursery froze, everything, that is, except the little trees that had been started from the Atlixco’s Avocado de Chino [number 15]. This prompted F. O. [Fred] Popenoe, who was in charge of the nursery, to name them ‘Fuerte,’ meaning hardy.”

And everyone has been repeating this drama ever since.

But what will you say the next time someone asks, “How did the Fuerte avocado get its name?”

And my profile of the Fuerte avocado tree.