Among Some of the Oldest Avocado Trees in California, at The Huntington 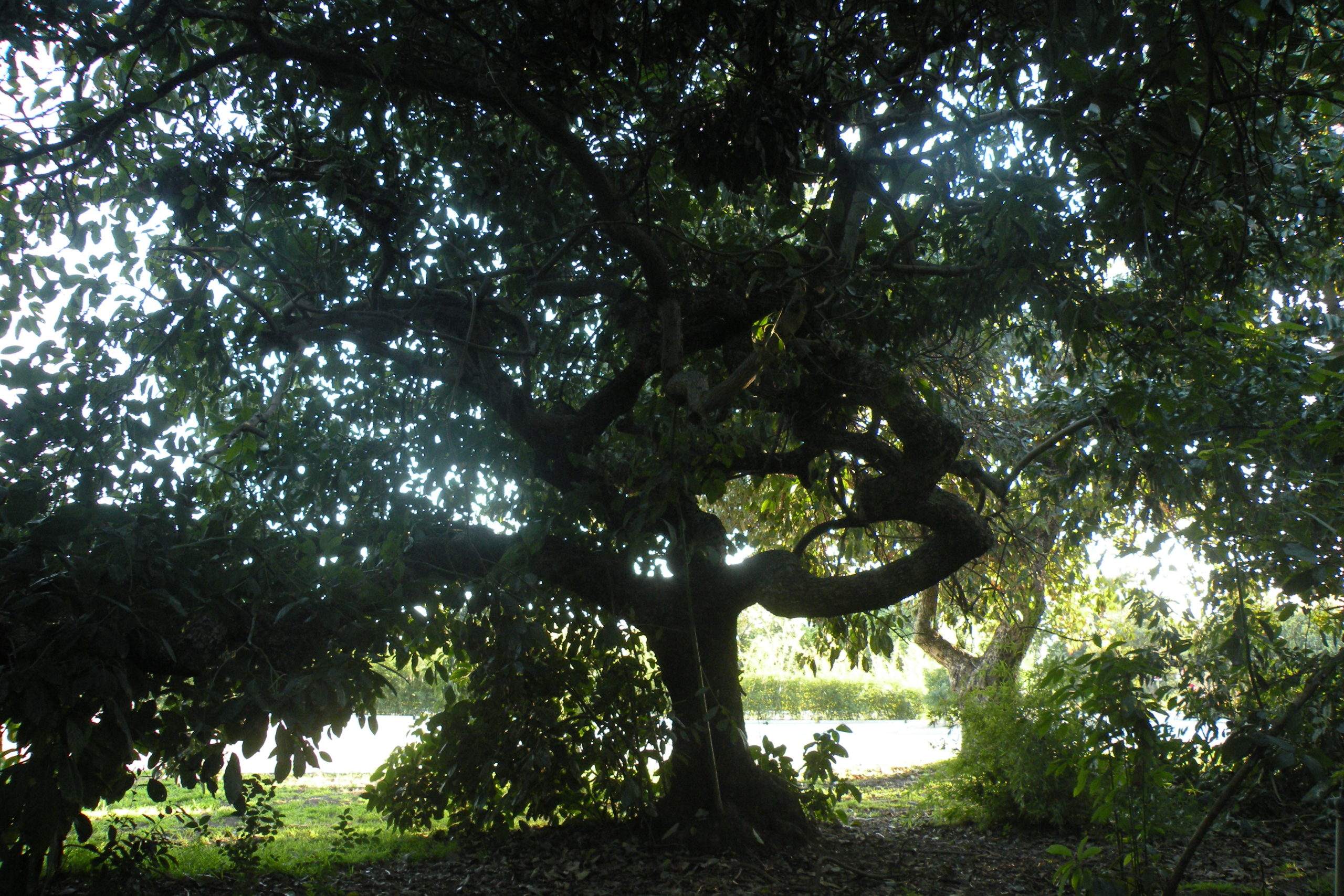 It feels like a rainforest under there, where these trees have been growing for over a century. In the early 1900s, Huntington, the railroad magnate, had these trees grown from seed and grafted by the hundreds in what became known as the first commercial avocado orchard in California. Some survived the “Great Freeze” of 1913. A handful have survived human and disease and pest threats to remain standing today near what is now the parking area of “The Huntington” in San Marino, near Pasadena. 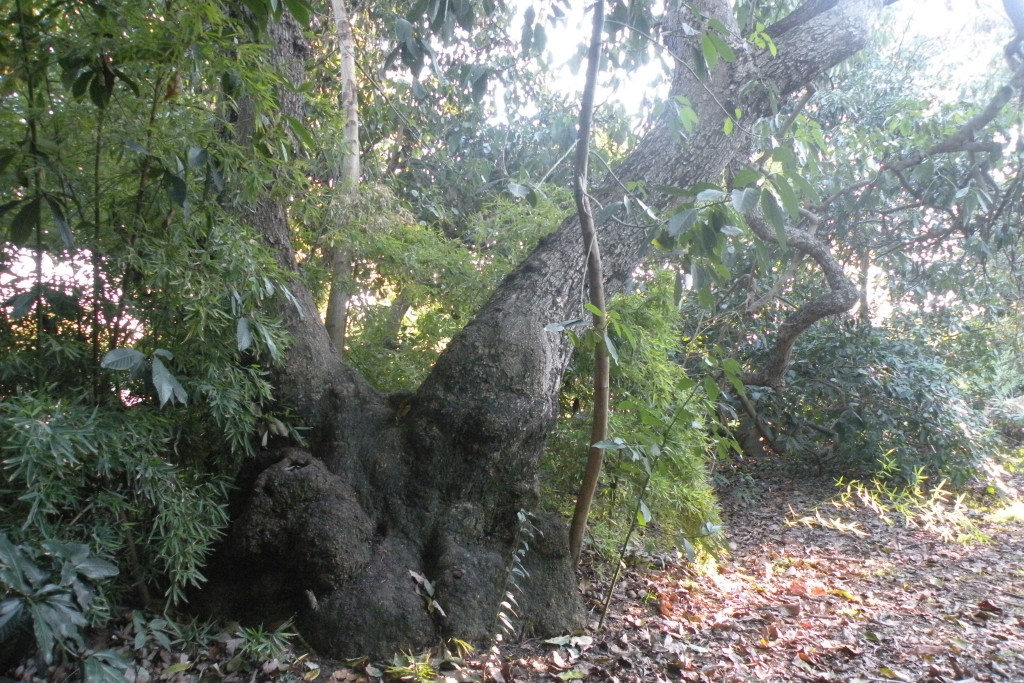 The trees had a few fruit up high, really high, easily fifty feet up. The trunks were burled and black and some were near six feet in diameter. Their weeping, wandering branches often came down to touch the leaf litter on the floor of the orchard only to rise up again.

And the old beauties still flower with full force. 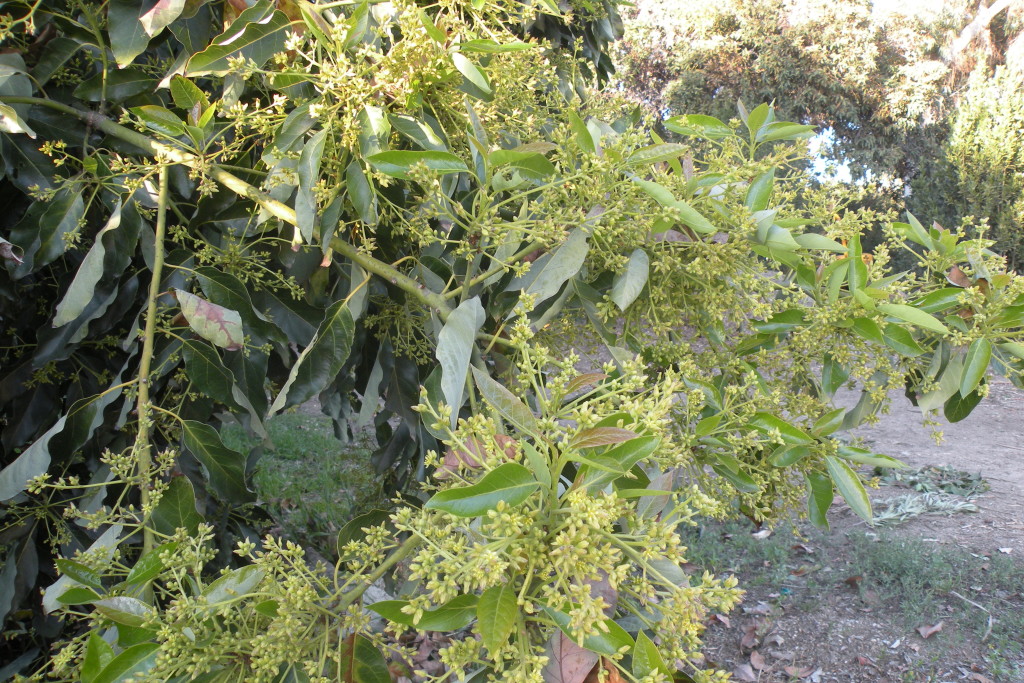