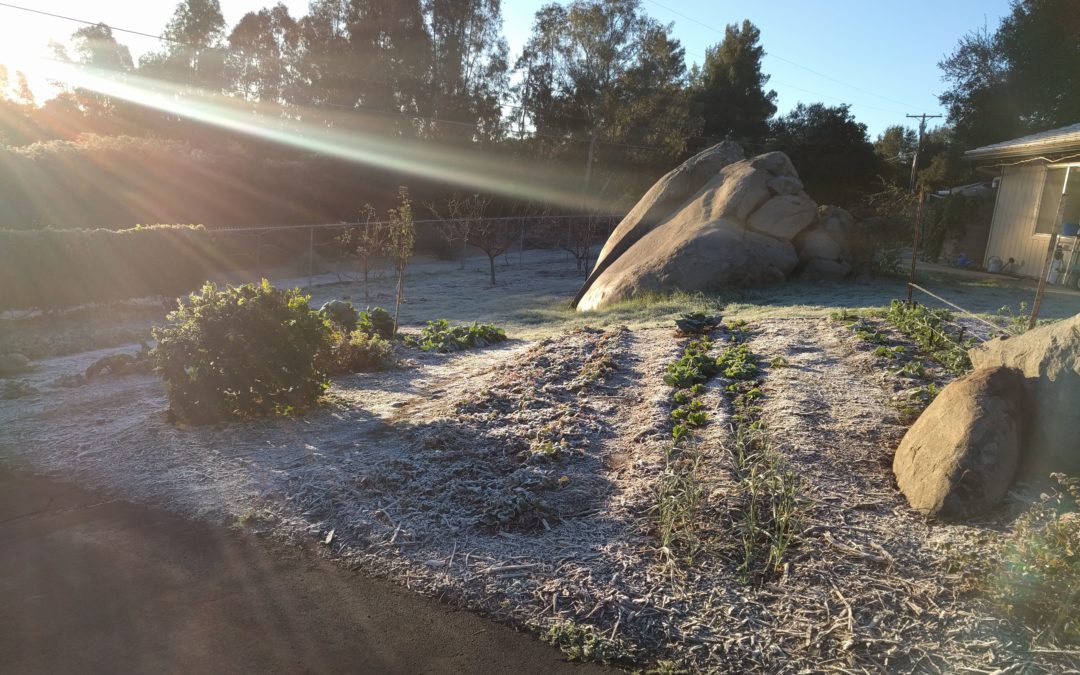 Both my plants and I got suckered by this week’s frost. I had gone up to Oregon and Washington, not thinking any plants in my yard would need protection while I was gone. It was snowing up north, and I thought of returning to Southern California as returning to warmth.

I arrived in the middle of the night and woke up on Tuesday morning, February 21, to see the ground so frosty that it looked too similar to the snow I’d just left. My plants were as caught off guard as me.

We’re a full two months after the winter solstice. But the thermometer on my porch registered a low of 31.3 degrees, meaning it was probably a degree or two colder in open parts of the yard.

(According to the National Weather Service, this was a record low for the date at the nearby Ramona airport where it dropped down to 23.)

The lowest it has ever gotten in the five years that my porch thermometer has been in place is 30, only one degree less. But that had been on January 1 (2015), when you expect record low temperatures. (I wrote this post about that freeze.) Late February is when it is already de facto spring time in Southern California.

Moreover, this whole winter felt like spring. Average temperatures were well above normal. The nearby Pacific ocean temperature never dipped as low as it usually does. (I never felt the need for booties or a hood while surfing.) And there had been only a single day of rain — one day of rain all winter, on January 9. It was the driest start to a rainy season since 1929. (See this newsletter from the National Weather Service.)

The plants responded accordingly. Avocados were growing new leaves and flowering. Citrus were doing the same. Bananas were unfurling leaves. Passion fruit vines were flowering. Macadamia trees were flushing. Tomatoes were ripening fruit, never having stopped since last summer. Peppers hung on pepper plants and new flowers were setting tiny new peppers. We had already started eating strawberries and blueberries. I had seedlings of corn and cucumbers growing. Why not? This was the winter that never was. And then zap! 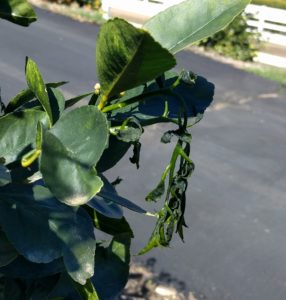 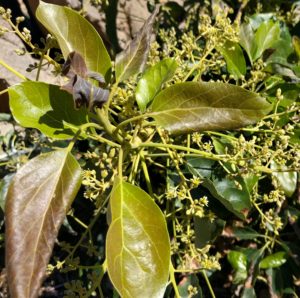 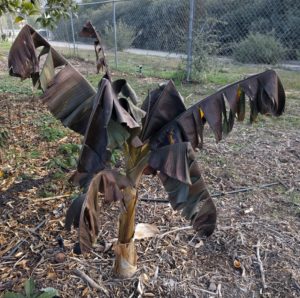 I expect my bananas to get some cold damage in some winters, but not this bad. As for citrus, I had never seen cold damage on a citrus tree in my yard or anyone else’s yard in Southern California before this morning. Young, new, fresh growth is far more sensitive to cold than mature foliage. Since normally temperatures only drop to damaging levels within about a month of New Year’s, there is no damage because citrus has not started growing and blooming yet. The old leaves can handle it. 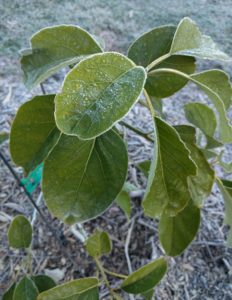 No damage to this new Sharwil avocado tree.

Illustrating how unusually harmful this odd frost was — record cold after a record period of dry and warm — it even burned a couple of leaves on grape vines that had just started to emerge. As surprising was damage to new pomegranate leaves. Pomegranates are tough trees, and able to handle far lower temperatures than the upper 20s. 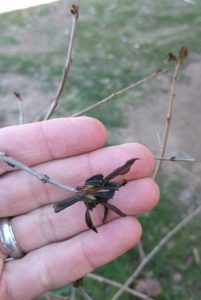 More to the point, I have a laurel sumac growing next to this pomegranate. Sumacs are native. They grow wild in my yard. But they were likewise induced to flush new leaves in the early February warmth only to get frost damaged. 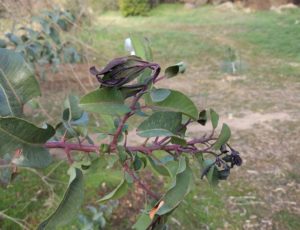 If the natives are getting surprised and hurt, then I don’t feel quite as suckered.

Anyway, such minor damage as some killed blooms and burned new leaves are no problem for any healthy plant to quickly outgrow. I bet that by May I won’t even be able to find evidence of this strange weather event, the sucker frost.