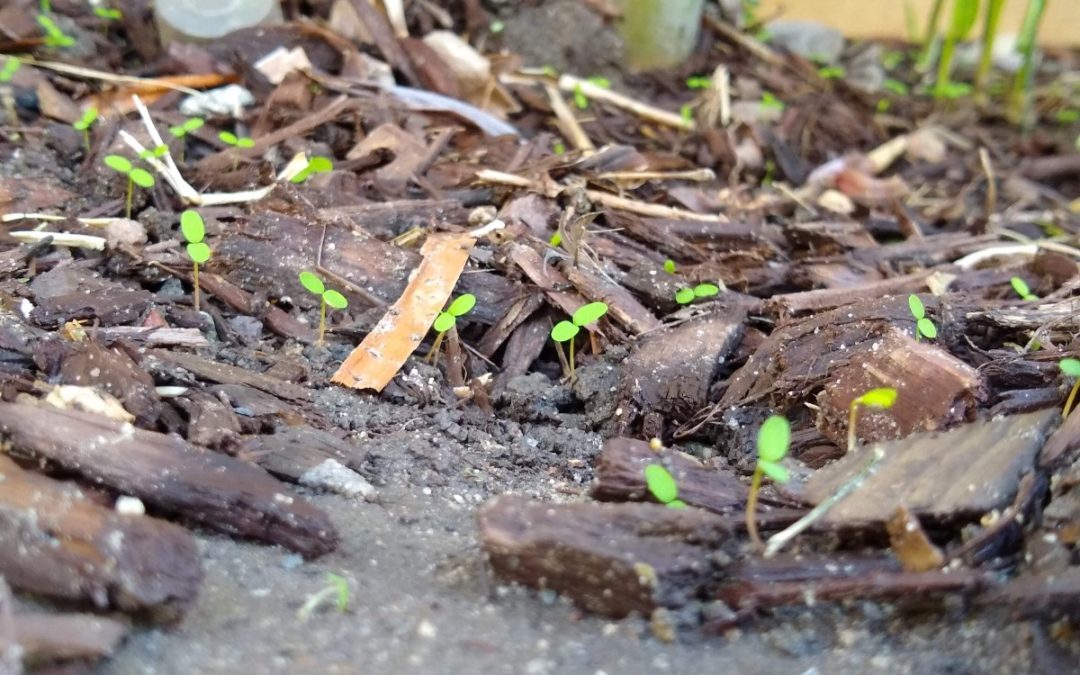 There’s this slice of time a few days to a few weeks after the year’s first rain in Southern California when you can knock out thousands of weeds in minutes with a simple tool and little effort.

The first rain falls — and by rain, I mean at least a half-inch, which we have all just now received — and it triggers the germination of the seeds of certain weeds that are commonly called “winter annuals.” These are grasses like brome, and others like filaree and mallow.

The weed seeds soak up the rain, start growing, and if you attack them as soon as they show their tiny green heads . . . it’s just too easy.

All you have to do is scrape their heads off. Kids can easily do this with a stirrup hoe or even a stick. You can also use a rake or spade or knife — anything that will scrape. You’re not digging, just disturbing the uppermost surface.

Contrast this with what would be needed to kill these same weeds in a month. The grasses would be tall and with extensive root systems. Mallow (also called cheeseweed) would have a tap root as tough as a rope. Removing these buggers would require different methods each, and it would require tons more work; it would tempt one to go for the herbicide option.

As a stitch in time saves nine, take a second tomorrow to have a close look for sprouts emerging from the dirt around the garden and quickly swipe them away.

My son picked up some of the weedlings he had hoed and asked if he should throw them in the trash. No need. They have no seeds, and they will shrivel in the sun over the next few days. Just leave them in place.

My goal is to help others grow some food at home, with a focus on vegetables and fruits — especially avocados — in Southern California. I write a new “Yard Post” every Friday.