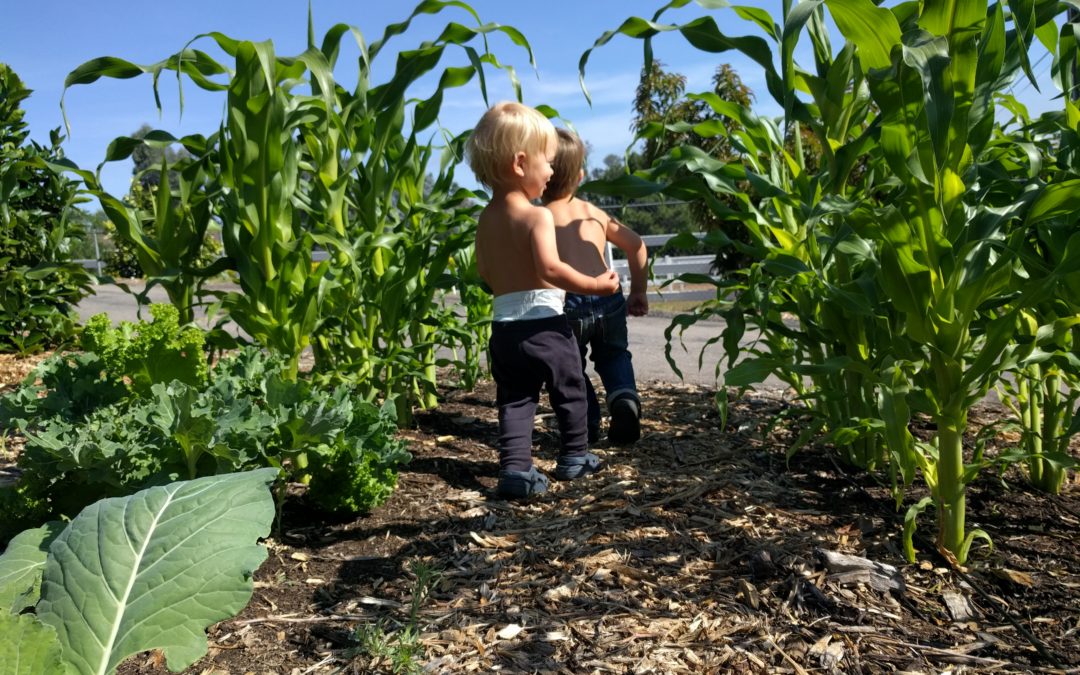 Yesterday, I opened the door and my two sons, ages 1 and 3, ran straight for the blueberries. After they’d worked those plants, they dropped down to the strawberries, and then the garbanzo beans, and then the broccoli, and then the peas, and then the carrots. “What else can I eat?” asked my three-year-old.

A major reason I grow a vegetable garden is my kids. I want it to be their grocery store. I have only one rule, which is that they eat whatever they pick. They end up picking green blueberries, white strawberries, and peas that aren’t yet plump, but that’s their business. As long as they eat it, who am I to tell them when it tastes best?

But I also see the vegetable garden as their classroom. Slowly but surely, I’m teaching them which plants to water and why and how; sprinkle like rain, don’t pour and make a river, I say. The older one knows where the paths are and where the beds are now, and he helps direct the one-year-old. “Don’t step on the baby plants, baby boy,” I’ve heard him say.

And then there are lessons from nature, like the metamorphoses of insects. The boys know that ladybugs are friendly to our garden, and they also can identify ladybug larvae, which they often point out to me. I didn’t know ladybug larvae until a few years ago!

They understand why a gopher is a garden enemy — it eats our food, we say. And unfortunately, we have to trap one when we can, and we feed it to the cat. The food chain. They get it.

Speaking of pests, I told my father-in-law the other day that I see my boys as garden pests that I need to compensate for by planting extra because I know they’re going to cause a certain amount of damage. But they’re unique pests in that, unlike the gopher, if you involve them in the workings of the garden they eventually are able to help take care of it and even make it flourish in ways you hadn’t imagined.

My great uncle gave me some sunflower seeds a few months back. I told my three-year-old that the seeds were his to plant. I gave him no other directions or assistance. He scratched and buried them here and there, partially in a bed and partially in a path, some seemingly too deep and others too shallow. I figured they were unlikely to grow because he wouldn’t keep up with watering so it didn’t matter, but we had quite the consistent rains this winter and they took off. I had already planned to put peas in that bed and I went ahead with that plan despite the growing sunflowers. Now in May, we’re eating the peas as they climb the sunflower stalks, the finches stop by each morning to eat the sunflower leaves, but there’s still enough foliage to give the peas respite from the afternoon sun, and the sunflowers are taller than me and about to open bloom.

I would never have thought to grow peas under sunflowers. It’s only something that happened because of the spark of life that is kids in a garden. 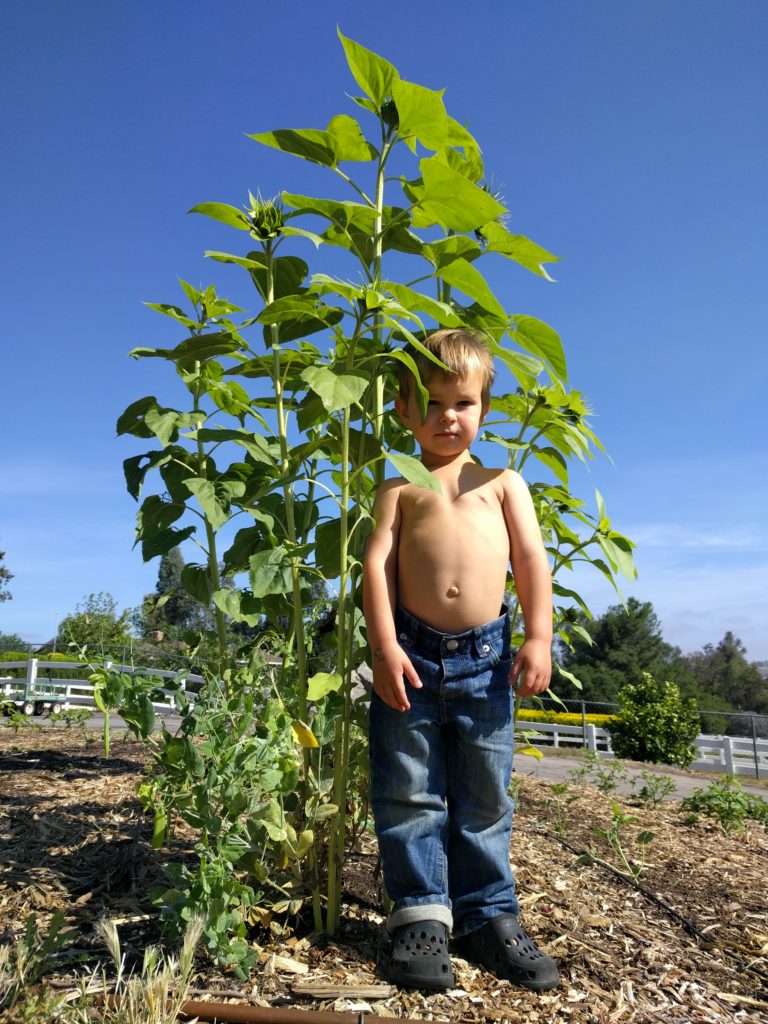 Growing fruits and vegetables for kids