Harvesting tomatoes and broccoli at the same time? 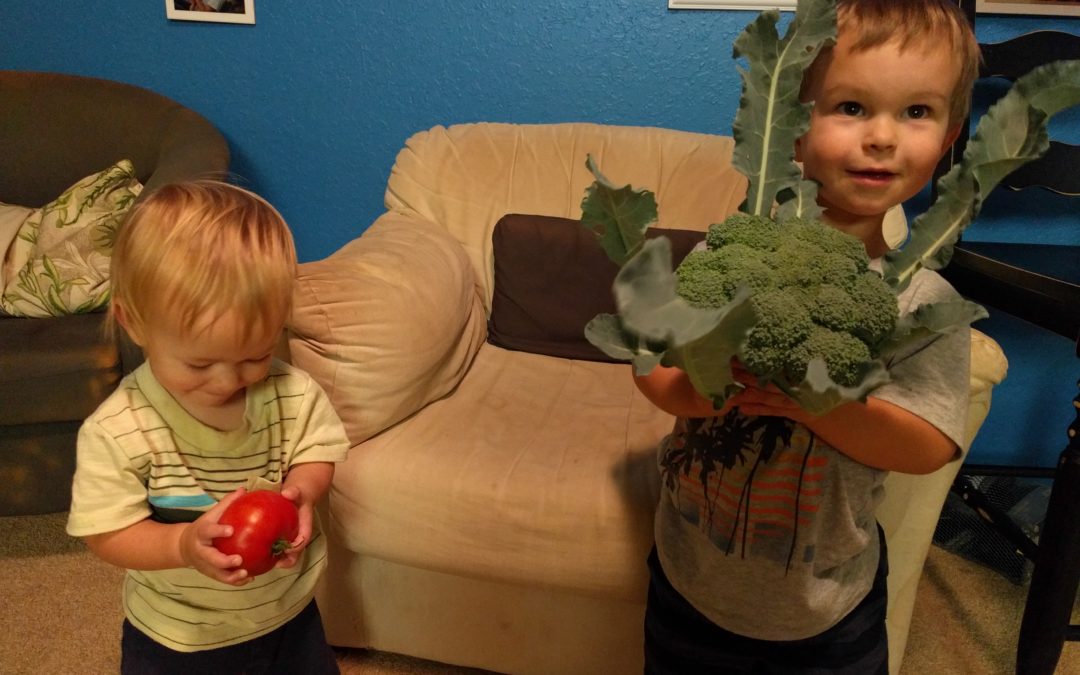 What’s wrong with this picture, besides the fact that it’s not well composed? If we lived in Oregon, nothing. If we lived in Missouri, nothing. But in Southern California, you don’t usually pick both tomatoes and broccoli from the garden at the same time, especially here in early November, especially for weeks on end. Yet here I am, harvesting a bunch of tomatoes still while also harvesting our first heads of broccoli.

Usually, it’s tomatoes (sown in early summer) harvested until about Thanksgiving, and only then are the first broccoli heads ready (sown in late summer). So there’s an overlap of a couple weeks, max.

This year, I found some broccoli seedlings at the nursery in late August (probably sown in July) — about a month earlier than they usually show up — and decided to buy and plant them as an experiment. The results are in: the heads formed well and taste excellent. Apparently, planting broccoli in late August (or sowing in July) is not too early, this year anyway. Also this year, it looks like we’ll be ripening oodles of tomatoes past Thanksgiving with this warm and dry weather having no end in sight.