I shouldn’t be surprised, but the variety of tomato called ‘San Diego’ is thriving here in . . . San Diego. Why did I wait until this year to try it? Compared to the other varieties I’ve grown in this yard — including Ace, Better Boy, Pineapple, San Marzano, Costoluto Genovese, Kellogg’s Breakfast, Early Girl, Juliet, and Brandywine — the San Diego variety is just as productive or more so, has nice color, no sunburn, and very little cracking. I’m also pleased with the taste. 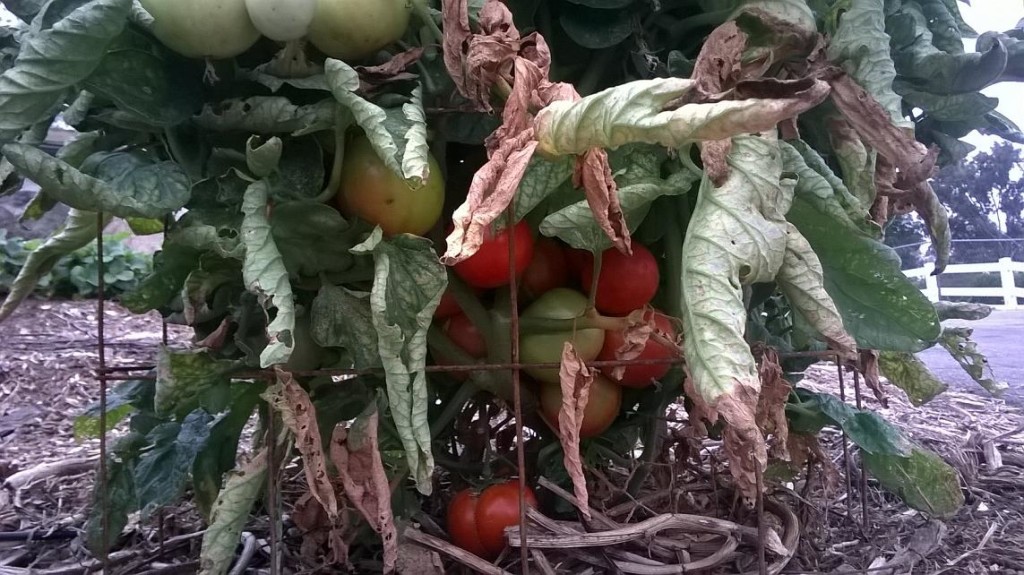 Vince Lazaneo, former horticulture advisor with the University of California Cooperative Extension in San Diego, told me of the origins of this variety: “The tomato variety sold as San Diego hybrid is a numbered variety 7718.  It originated in a research trial by farm adviser Bernard Hall, who started with UC Extension in San Diego County after WWII.  He was still working in our County office when I joined in 1977.  Sometime before that though, he had a field trial with different tomato varieties from various breeders.  A new fungal disease swept through the County and destroyed most of the tomatoes being grown at the time.  The variety 7718 in Hall’s trial, was not affected and it was used to breed with other varieties to acquire the resistance to the fungal pathogen . . . that’s the story as I know it. The commercial veg growers were very thankful to Hall and gave him a nice gift when he retired.”

Indeed, you can find the variety listed in a publication by UC Davis about growing tomatoes in California: “7718VF (aka San Diego Hybrid); large, semideterminate plant grown with stake or cage; widely adapted with large fruit.”

Fedco Seeds says this is about ‘San Diego’ tomatoes: “Won our taste test of determinate hybrids.”

Another “why did I wait until this year to finally . . .” relates to the support I’m giving all of my tomatoes. This year I invested in real cages, the kind you have to build yourself. I’d tried every simple and cheap method in the past: I tied them onto the chain link fence, I let them sprawl wild on the ground, I fastened them to a stake, I twisted them up a string attached to the eaves, and of course I tried the little wire tunnels they sell as tomato cages. None of those methods satisfied, either because they couldn’t contain a vigorously growing tomato plant (little cages), because they require too much training (strings on eaves), or because they make harvest a pain (sprawling wild over the ground). So I forked over $98 at the hardware store for a roll of steel mesh (used in reinforcing concrete) and made cages that are five feet tall and two feet in diameter. 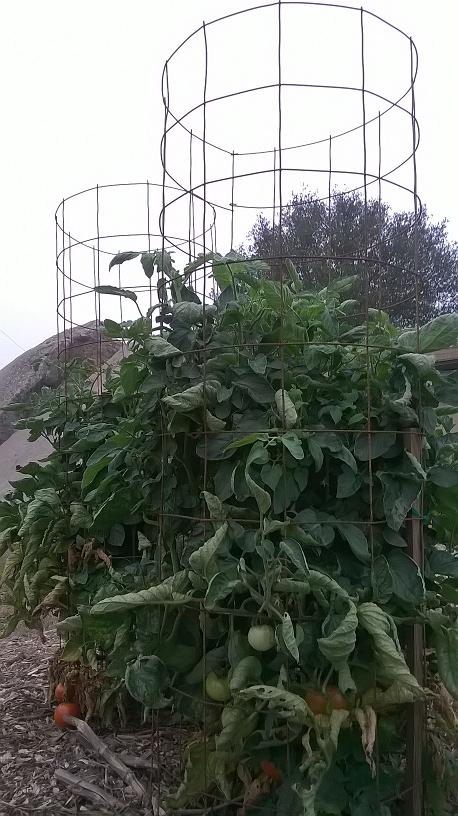 In April, when a visitor saw the baby tomato plants inside the huge cages she joked that I might be overly ambitious. But here we are in early July and many of the plants have already gone a foot over the top of the cages, such as these ‘San Marzano’ plants — they’re as tall as my corn! 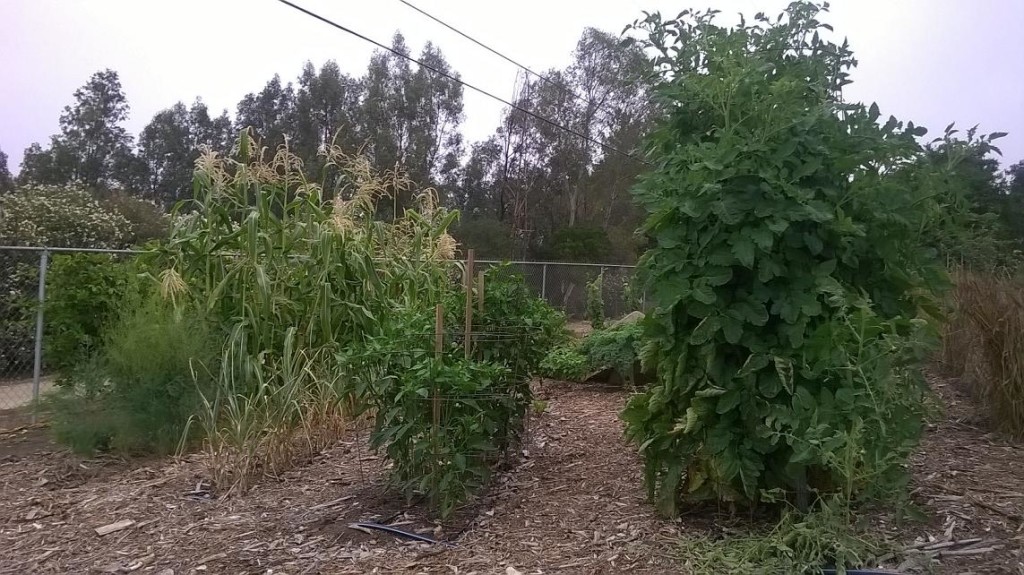