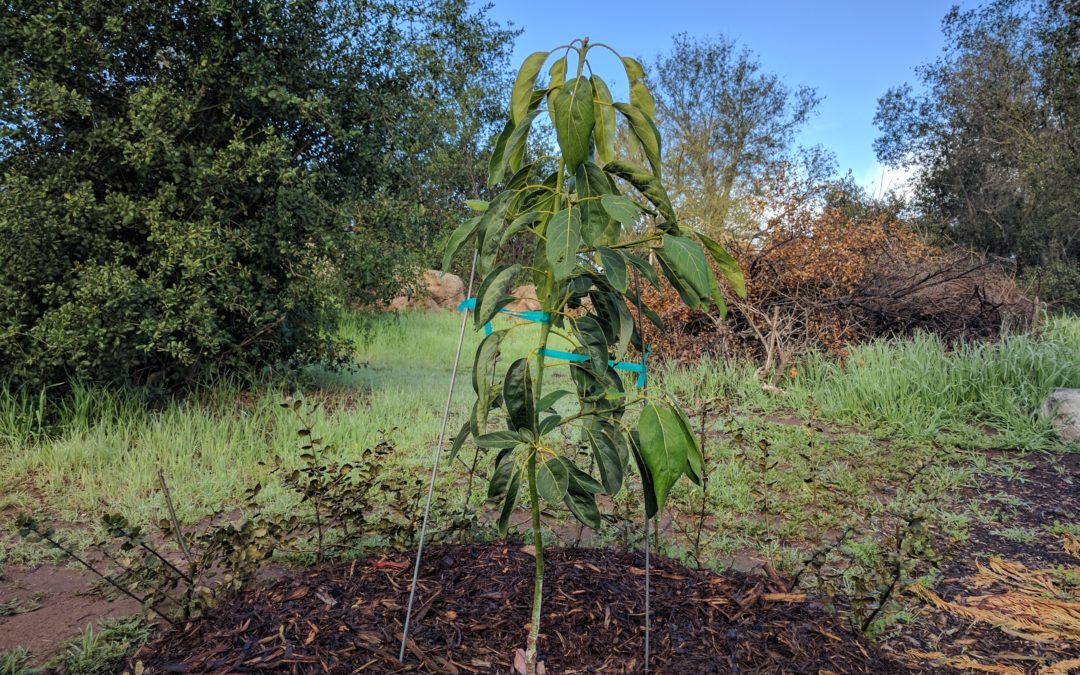 I just planted the avocado tree in the photo above, on February 10, 2017. It’s a Hass from a five-gallon container. How long can I expect to wait for an avocado tree like this to bear fruit?

I get such an expectation from the fact that the last Hass tree I planted was in July 2013, and we are currently eating its first fruit here in 2017. So, four years of waiting and we now have 73 Hass avocados on that tree.

But I planted some other avocado trees in July 2013 as well, and we ate the first fruit from two of them last year. That’s three years from planting to eating the first fruit — although we did only get from them a combined 15 avocados. This year, they have a more respectable 63. Here they are, the early birds, the Reed and Lamb: 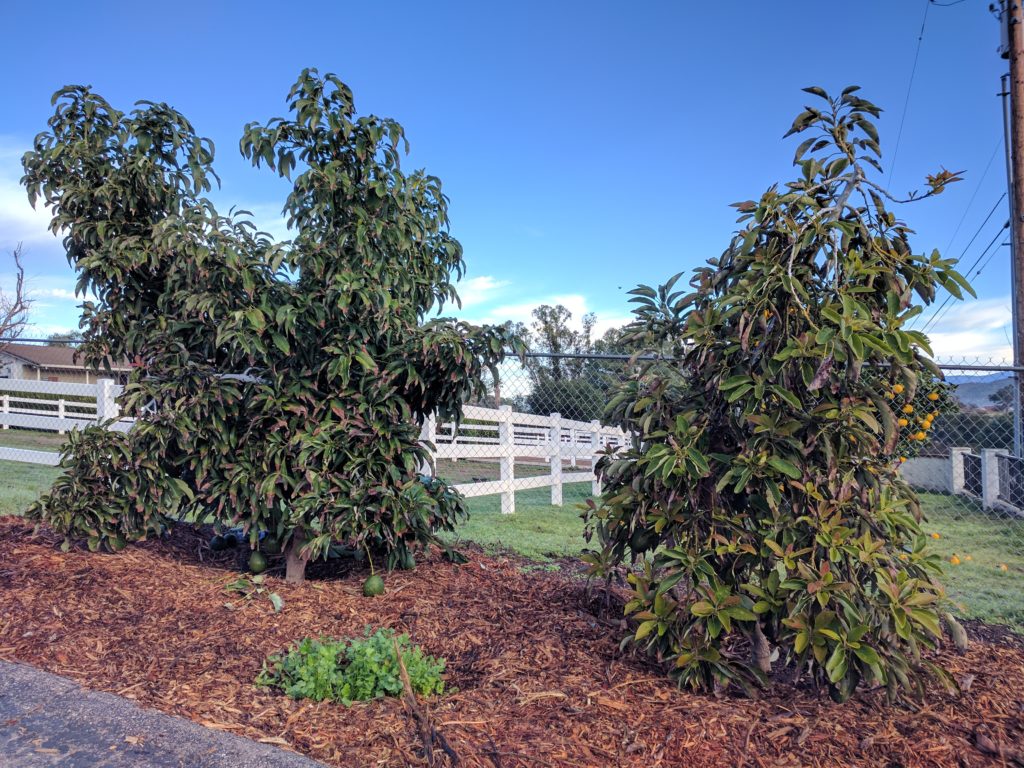 Four-year old Reed and Lamb trees with their second crops of 35 and 28 avocados, respectively.

My trees seem to be average. A couple of people with much more avocado experience than me, Mary Lu Arpaia and Ben Faber, also say that new trees start to bear fruit in three or four years. (This linked page contains a great list of other frequently asked questions about avocados, by the way.)

Factors that will make your avocado tree fruit earlier

Also, if you have an excellent environment for pollination, with many other avocado trees around and many pollinators like honeybees visiting the flowers, you’re likely to get fruit earlier. Avocado trees of the five-gallon size will often set fruit at nurseries each spring for this reason.

Some varieties of avocado are also known to be precocious, such as the Pinkerton, GEM, Lamb, and Carmen.

This Pinkerton was planted from a five-gallon container in March 2016 and it set fruit that spring that we’ll eat at the end of 2017. That’s less than two years. 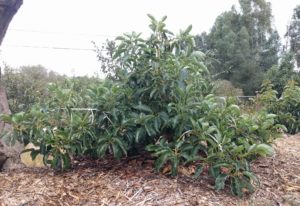 Factors that will make your avocado tree fruit later

On the other hand, your tree might take longer than four years to give you fruit for a number of reasons. If you prune it hard or if a winter freeze kills many branches or if it is otherwise stressed — for example, by poor irrigation — then it’s not going to fruit as early as it otherwise would.

At the same time that I planted the Reed and Lamb trees above, in July 2013, I also planted a Sir-Prize avocado tree, but the Sir-Prize has yet to give us fruit and it’s partly because I’ve pruned it hard the last couple years in order to shape it. Avocados flower mostly toward the outside of their canopies, at the ends of their branches, so pruning inevitably reduces their potential to flower and set fruit. Every spring, my Sir-Prize has flowered lightly, but only next year will it flower heavily because I didn’t prune it this year, and it ought to finally set its first crop. (Sir-Prize is also known as a variety that starts bearing later than other varieties.)

One final reason an avocado tree might take more than four years to bear fruit is if it is grown from seed and not grafted. In general, seedlings take longer to bear fruit than grafted trees. A seedling in my mom’s backyard took about six years before it produced fruit.

Does waiting the typical three to four years for an avocado tree to bear fruit seem like a short or long time to you? It seemed like forever when I planted those trees back in 2013. But forever has arrived, and it tastes amazing.

How much and how often to water avocado trees in California