What’s the best kind of avocado to grow? 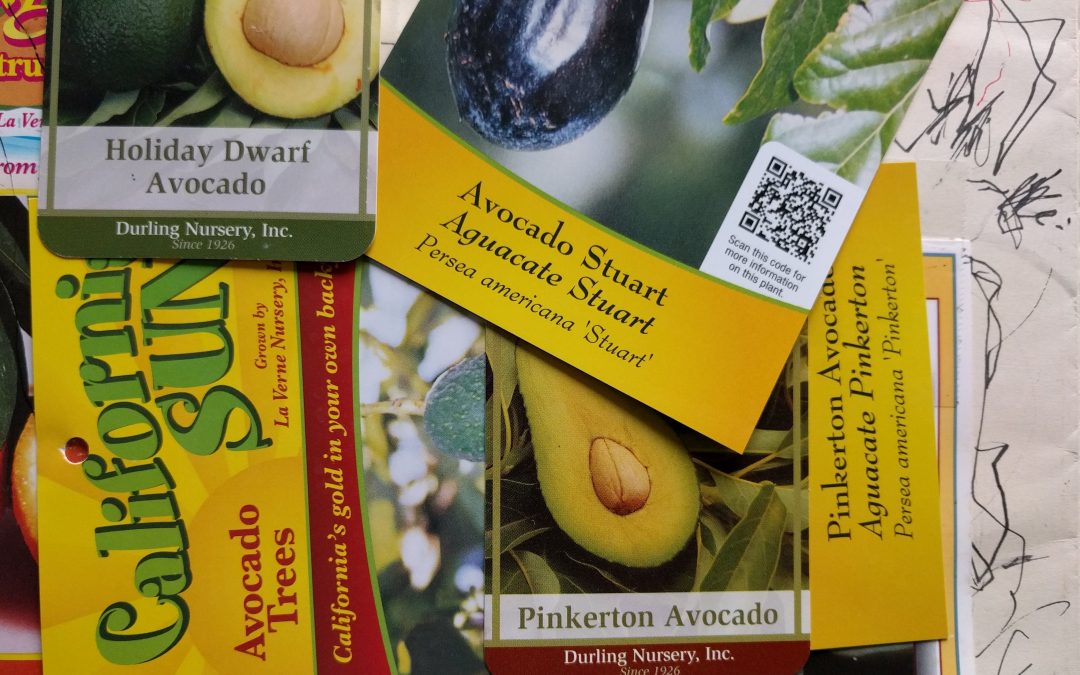 This question is unanswerable in an objective sense. But I’m game to attack it with a fun and practical twist: I’m imagining that I just moved into a new house with a blank yard . . . 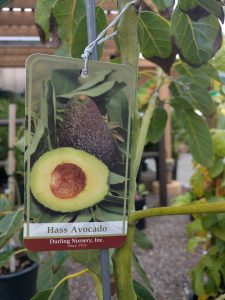 Hass is the most widely planted variety in the world for good reason.

If I had the space for only one avocado tree, I would plant a Hass. You might find this answer boring, in which case I’d be willing to bet that you don’t already have a Hass tree in your yard.

If the only Hass avocados you’ve had are from the grocery store, then you have no idea. A homegrown Hass, picked at prime time — around May or June in southern Southern California, but some months later up near Point Conception — and ripened at room temperature on a kitchen counter (not refrigerated and gassed with ethylene during its mishandling on the way to a retail outlet) is a knockout. But that’s actually not why I’d choose it to grow as my only tree. There are other varieties that taste as good or possibly slightly better than Hass.

Hass beats almost everyone at the length of its harvest season. With a single Hass tree you can have good avocados at hand for at least seven months out of every year.

Avocados don’t ripen while hanging on the tree. They grow and mature on the tree, but they only ripen (soften) after being picked, after their stem is severed. Hass has the wonderful ability to mature its fruit and then hold them on the tree for many months, waiting for you to pick them. (Compare that to many peaches, which can’t hold their mature fruit for more than a couple weeks!) 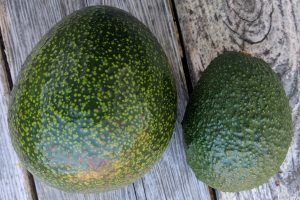 If I had the space for two avocado trees, I would plant a Hass and a Reed. The main reason I’d choose Reed is that its harvest season complements the Hass. Reed is basically a summer-into-fall variety. In my yard, Reeds start to taste good as early as May, and can go through September. As you get closer to the ocean and farther north, the Reed season gets later and longer because of the cooler temps. But the important thing is that Reeds taste great a couple months after Hass are at their best. So with just these two trees, I’d have the highest quality avocados in the world for most months of the year.

(Alternatively, if I had a neighbor with a Hass or a vendor at a farmers market who sold good Hass, then I could plant a Reed as my only tree.)

What’s Reed like? It’s significantly bigger than Hass, as seen in the photo above, and Reed also stays green when it’s ripe. Big and green are the two fatal qualities that prevent Reed’s acceptance as a commercial variety in today’s small and black Hass world.

(See more about Reed in my post, “The Reed avocado tree: a profile.”)

Funny thing is that Hass was once an outsider. “Its single disadvantage is its black color, which has been associated in the minds of the public with poor quality fruits,” wrote H.B. Griswold in a 1945 article titled, “The Hass Avocado.” This was written when the green Fuerte was king of a young California avocado industry. 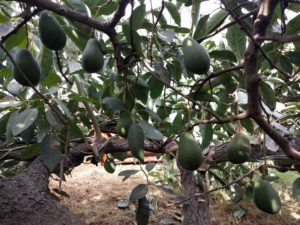 If I had the space for three avocado trees, I would add a Fuerte to the mix. Although I enjoy the diversity of tastes in most all avocado varieties, there’s something about Fuerte fruits that hit the target for me. It could be something I acquired from eating Fuertes as a kid, I don’t know. But the distinctive smooth texture and nutty yellow flesh of a perfect Fuerte is so appealing to me that I don’t even want to adulterate it as guacamole.

Then why isn’t Fuerte my top choice? Compared to Hass, its harvest season isn’t quite as long. And compared to Reed, Fuerte’s production isn’t as consistently high. In fact, Hass also produces more reliably than Fuerte in most places. (Both Reed and Hass produce more than Fuerte in my yard.) This is one of the reasons that Hass went from obscurity in 1945 to over 95 percent of the commercial avocado production in California today. (See page 28 in Gary Bender’s book, Avocado Production in California.)

(See more about Fuerte in my post, “The Fuerte avocado tree: a profile.”)

This is how your year in avocados could look. (Note: I took this photo in June, at the tail end of the Fuerte season, at the height of the Hass season, and at the very beginning of the Reed season.)

Why not the others?

There are lots of other very good avocado varieties. But I would add them only after planting this trio. Some of them are relegated to a lower tier because of flavor (Zutano); some aren’t productive enough (Holiday).

But a couple are right on the cusp of that top tier. If I couldn’t find a Reed, I’d substitute with a Lamb. Lambs are also highly productive, taste very good, and mature in summer into fall.

(See more about Lamb in my post, “The Lamb/Hass avocado tree: a profile.”)

And if I couldn’t find a Fuerte, I’d substitute a Pinkerton. Pinkertons are very productive, especially considering that they are a smaller tree, and like Fuerte, Pinkertons also mature a bit earlier than Hass. The main negative is that, to me, Pinkertons don’t taste quite as good as Fuertes.

I hope you get a chance to plant a real avocado tree — or three — this spring. And I hope this post helps you choose your own best kind.

(If you’re wondering where to buy one of these avocado varieties — or any other variety of avocado tree — see my post, “Where to buy an avocado tree.”)

Should you buy a big or small avocado tree?

Do you need two avocado trees to get fruit?