Flowers for bees all year in Southern California 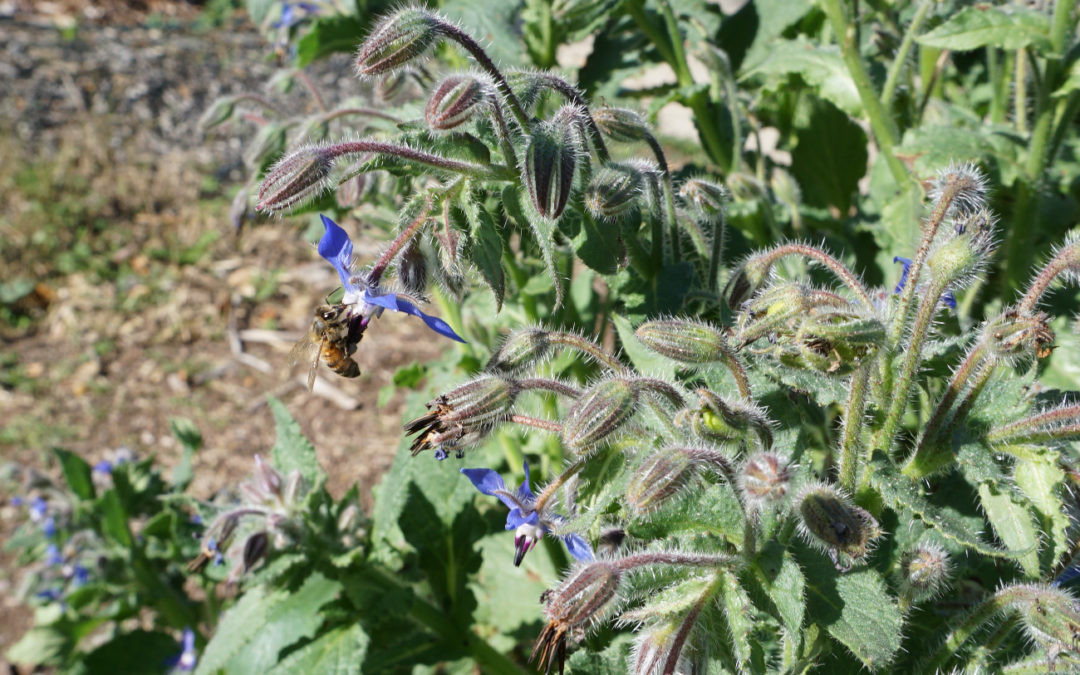 For several years, I have recorded which flowers I see bees feeding on in my yard and elsewhere in Southern California.

Below is a list that I compiled based on these notes. Month by month, it shows which flowering plants that I’ve seen many bees consistently feeding on.

Full names of some plants

Here are the full names, scientific names, other names, and cultivar names of some of the plants in the list:

filaree is different species of Erodium; it’s a weed, but the bees do love it

oregano is ? (I don’t know what kind of oregano is in my yard, but lots of different types of oregano appeal to bees)

Often, due to the weather of a particular year or a yard’s location, these plants can be in bloom and attractive to bees in other months as well.

As you know, bees are vital to the production of most fruits and vegetables. Without their pollination activities, many of our food-garden plants would not produce. And in order to ensure that bees have a high presence in our gardens and groves we should provide food for them. What is food for bees? Flowers. The pollen and nectar of flowers.

In order to have the highest number of bees and diversity of types of bees, there must be plenty in bloom in our yards (or our neighborhood) all year long. So if you notice a period of time where there’s nothing for the bees to eat in the area, refer to the list and plant to fill that gap.

A few months ago, I realized that I didn’t have as many flowers for bees as I thought I should through the late fall and early winter so I planted more lavender and rosemary and encelia and borage.

Now here in January . . . well, there are a few extra blooms and bees around compared to this time last year, but not much more actually. The new plants I put in aren’t making a lot of flowers this year (except the borage; see photo above), but I expect them to be profuse in bloom once they’re older and bigger next winter.

Can you add to the list? Which other plants have you noticed bees heavily feeding on in a particular month? I know there are many others that I haven’t listed.

“Oh, the mistakes I’ve made: Thinking flowers were for girls.”

“Coyote bush for bees in October”

“Bees on flowers in Southern California”

“Ceanothus: blue bush on the hills”